Dante starts predicting disasters while Dolly is about to show her moves on the skateboard. When Dolly pulls off her rad moves, Dizzy and Dee Dee laughs at Dante for being silly and wrong again about his prediction. Even Dante admits to himself that he "had a few fails". When Dante claims that he can see the future, Dimitri 1, 2, and 3 threw a basketball at him, which hits him on the side of the face, they later teased him for not seeing the ball coming and started laughing at him and later all the other pups joined in laughing.

When the pups went home after enjoying the park, Dante is noticeably sad, which the other pups took notice and started feeling blue themselves. Dylan and Dolly become concerned and attempted to cheer him up with multiple methods, Dante later states that every pup thinks of him as a joke. That is when Dylan and Dolly realizes what was keeping him extra down and blue all day. Dolly soon plans to make Dante's predictions come true to cheer him up, Dylan says good luck to Dolly since he knows that Dante's predictions never come true.

Hunter is released from the crate once the timer counted down to zero, which he has been trapped for six months. He survived by eating dog kibble; however, his mental state became that of a dog and his hair has become soft and shiny as a puppy's coat. Hunter later snaps back to his senses when Cuddles hisses at him after being chased around. Hunter reassess himself of how long he has been trapped alone in the crate, he immediately discards that comment and reassumes plans to meet up the puppies again to capture them. Hunter and Cuddles set out towards the Dalmatians location; however, it seems that Hunter's mentality changes to a dog with certain dog cues.

Dante is soon by himself upstairs hiding in a boot where he is wallowing in his own sorrow. He then predicts that nobody will play with him when Dizzy and Deedee glances in through the door of the room and they both go in to meet with Dante; however, before they had the chance to get close to him, Dolly comes out of nowhere and tells Dizzy and Deedee not to get close to him since he has fleas! Dizzy and Deedee both run out of the room with disgust, screaming out, "Fleas". Dante hears them screaming and looks out of the boot and looks at the door and sees Dizzy and Deedee running by the door in the hall, he later assumes that one of his predictions came true which his tail went up slightly with happiness. Without realizing that it was Dolly who made his prediction come true. Dante starts wondering in and out of the house making predictions which Dolly made true and soon the pups started praising him for being correct.

Cuddles is seen on top of the brick wall, obscured by the fences, where Dante spots the hairless cat before disappearing from his view. Dante, with full excitement, rushes into the house while shouting his new prediction in which Hunter is coming to get all the pups again. Deepak, Triple D's, Dawkins, Dizzy, Deedee, Dorothy, Diesel, and the rest of the younger pups started reliving their past trauma when Hunter has once capture them with a vacuum machine chamber. While he was still howling his prediction out, Dylan pulls the plug on Dante and tells him to stop since he is scaring the pups, which they have attempted to hide under the sofa. Dante gave a wry smile before Hunter pops up outside the window in which all the pups began to panic since Dante's prediction is true this time.

Dylan and Dolly soon realized that Dante was right about Hunter's return. Dylan and Dolly both sprang into action and told the younger pups to go upstairs. While the pups are still running around in panic, Dante began to have an overwhelming feeling of excitement in which his mental state has also been altered which he feels alive even though he and his siblings are in danger. Due to his altered state of mind, Dante walks towards danger, risking his life, and hugs Hunter's leg. Dylan and Dolly soon find out that they could not find Dante inside the house, it wasn't until Hunter calls the duo's attention to show who he has captured. The duo immediately ordered an emergency World Wide Woof call to their parents in which Dawkins and Dorothy send out swiftly. Hunter stares at Dante, who is trapped in a net, questions him of his pedigree has a Dalmatian due to his dark coat color. Dante nods to Hunter that he is a Dalmatian. Dante slowly regains his sanity while hunter maniacally laughs, Dante later pleas to be released in which Hunter understood and immediately rejects him while maniacally laughing again. Dante gasps in realization and screams that Hunter has sinister super skills that helps him understanding dog language.

Dylan and Dolly both get out of the house and attempt to rescue Dante from Hunter's clutches. Dolly devises a plan in which Dylan takes on Hunter while she takes on the cat. However, Cuddles decided who he wants to take head-on. When the fighting began, Hunter let go of the net that Dante was currently being help up in the air. Dante attempts to crawl away but does not get too far. While Dylan was fighting with the hairless cat, Dolly swiftly evades the catapulted capture nets. Unfortunately, Dolly gets flank by a flying cat when Dylan impacts onto a lamp post that send the cat flying.

Dylan wobbles in front of Hunter, he later regains his balance and immediately retreats backwards since Hunter was approaching him. Dylan immediately looks around to find anything that he can defend himself and near him was a large stick that he started to swing around. Dylan was caught off guard when Hunter began to tug-a-war with the stick that he was holding. Dolly captured the cat in the trash can and signal Dylan to let go of the stick in which Hunter was puppishly playing. Once Dylan let go, Hunter stumbles backwards towards the trash can in which Dante was perfectly aligned to trip Hunter inside the trash can in which the cat attempted to get but fails. Dylan doggy-rolls onto the net gun and shoots a net that captures the evil duo inside the trash can. The trash can tumble onto its side and Dolly Kicks it which sends it rolling down the street away from the family home. The pups cheer in victory, Dolly sits next to Dylan and raises her paw towards him to get a high-paw, Dylan gives a high-paw but fails to do it properly which ended up Dolly getting a small paw slap to the face, which she doesn't blame him since they both went through danger.

The pups' parents soon arrive right after the send-off of the evil duo, Delilah asks if everyone is ok after the ordeal, Dylan soon answers her that he almost got every-pup caught since he ignored Dante's warnings about Hunter's return and apologizes to him. In which Doug says that everything ended well, but Dante soon went back to his usual self and said that everything will end when Hunter comes back, while still being restrained by the net. 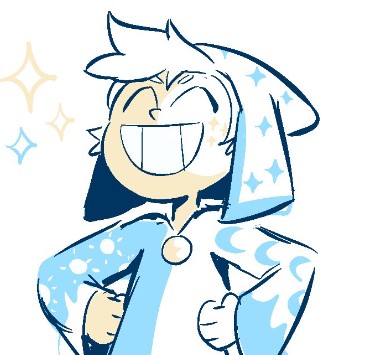